Within an hour they countered with $180,000. I guess the historic figure was lost on them.

But Lori urged me to “Counter back! I think your original offer to split was very fair. Let’s counter with $178,800.”

I thought that seemed fair and told her to go for it.

Then I anxiously awaited Lori’s phone call, nervous that I might have pushed the sellers into rejecting my offer altogether.

Within 30 minutes she replied, “You got it!”

I was incredibly relieved, but also apprehensive. My budget was never far from my thoughts because I wasn’t 100% confident in my estimating abilities. Plus, I was still waiting to hear back with the asbestos test results. In the meantime I knew I had to purchase some work boots, work pants and a pick up truck.

Mike had joked about buying me a pick up truck for years, but now I really needed one. Hauling lumber in the Honda Odyssey wasn’t going to cut it. Of course, I didn’t want a new pick up truck, the vintage lover in me wanted something old with rust and some serious gas guzzling power.

The afternoon was spent searching Craig’s List for a truck and before long I had a list of several vintage pickup trucks from the 1970’s. A listing for a beautifully restored 1960’s Chevy caught my eye, but I didn’t have the heart to dirty or scratch up something that has been painstakingly restored.

The first seller I spoke to had a thick southern accent. He was selling a 1972 blue and white two-tone Ford truck and agreed to meet with us on Friday.

Friday afternoon arrived and Mike, the boys, and I drove out to Liberty, NC to look at the old truck. It sat by the road and an older gentleman with weathered skin and overalls stood beside it. Mike and I stepped out of the car and walked over to him. He shook Mike’s hand and began talking to him about the truck. His thick accent made the words drawl out long from his lips. I decided to hold back and just listen, but as soon as he asked Mike if he wanted to test drive the truck, Mike gestured to me.

“She’s the one in the market for a truck.” Mike said.

The gentleman raised his eyebrow but quickly returned his facial features to normal as he handed me the keys.

I was 18 years old again and my father was shaking the used car salesman’s hand. The salesman spoke exclusively to my father as I circled the little red sports car. My fingers carefully traced the seams between each body panel looking for any shifting or signs of an accident. My Dad and I had been looking at half a dozen used Hondas and he had showed me how to look for an oil leak, test the shocks, look for body damage, and potential odometer tampering.

After a test drive, my Dad and I went into the dealer’s office to make an offer. The salesman looked at my Dad and said, “So, what do you think? It’s a sweet little car right? I’m sure your little princess would love it.”

My Dad glared at the man and said, “I’m not the one buying this car, so you need to focus your attention on my daughter here and try to sell her.”

The salesman raised an eyebrow and his eyes widened. I was keenly aware of the money I had saved in the bank and knew that the price had to come down or I couldn’t afford it. The salesman listened as I pointed out all the issues I had spotted. Ultimately I drove a hard bargain and the salesman came down drastically on the price. That was my first experience buying a car. It was also the first time (but not the last) that I’d raise eyebrows.

I lifted myself up into the cab of the old Ford truck. Turning the key, the truck barely made a sound. It was tough to start and I tried repeatedly to get the engine started. The seller urged me to give it more gas and try again. After a few false starts, the old Ford truck roared to life with a big plume of smoke billowing out the tailpipe. I drove it a mile down the road enjoying the feel of the power behind the wheel, but as I pressed the brakes, the pick up truck shook and almost stalled again. Immediately the reality set in: although I liked the romantic idea of driving an old truck, I didn’t like the idea of getting stuck somewhere.

Parking the truck back in its original spot, I hopped down from the cab and handed the seller back his keys. I told him it was a nice truck, but I think I needed something a little more reliable.

He laughed and said, “Yup, this is a project truck. Something you can tinker with and work on.”

I smiled and replied, “Yes, I’ll have a project house soon. I don’t need a project truck too.”

Mike drove our car back toward Raleigh and we talked about the trip being a waste of our time. The conversation turned toward looking at used trucks and less “vintage” used trucks. Suddenly I screamed, “Pull over the car!”

Mike swerved to the side while a car behind us laid on the horn. “What is it?” he gasped.

“I need to take pictures of those old houses!” I explained as I jumped out of the car almost getting hit by a passing vehicle.

We were driving through Alamance Village and on either side of the road were a dozen little old houses. Three of them had the same architectural features that Etta has. They were Triple-A construction! 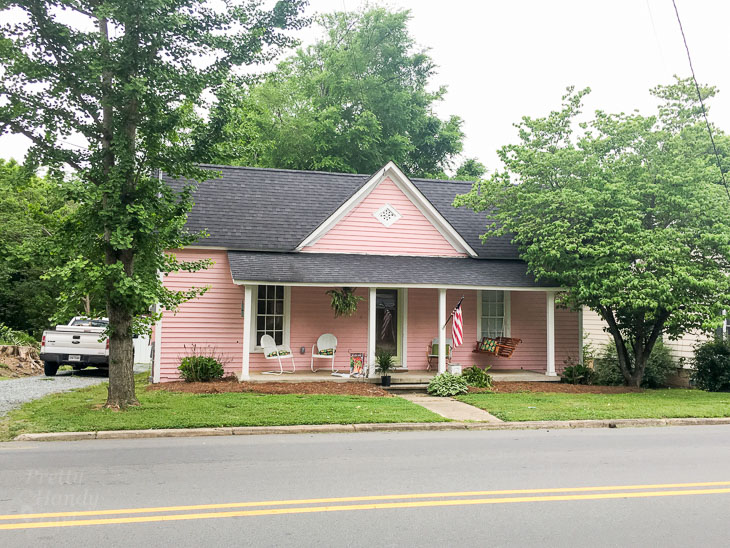 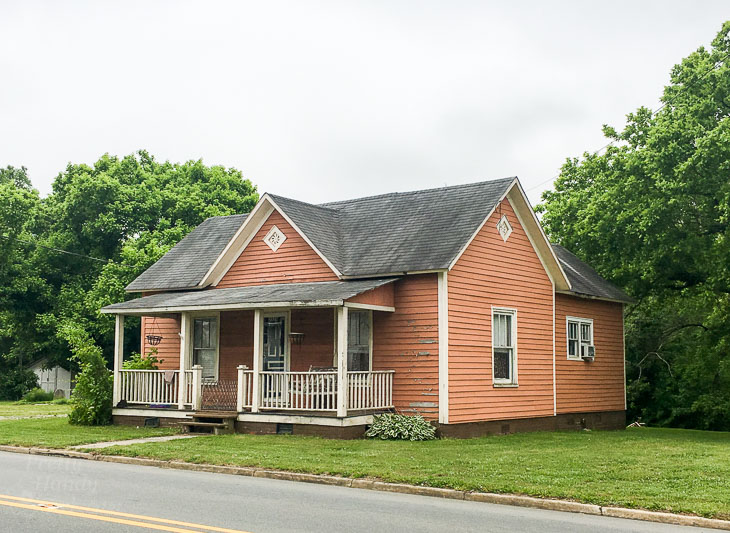 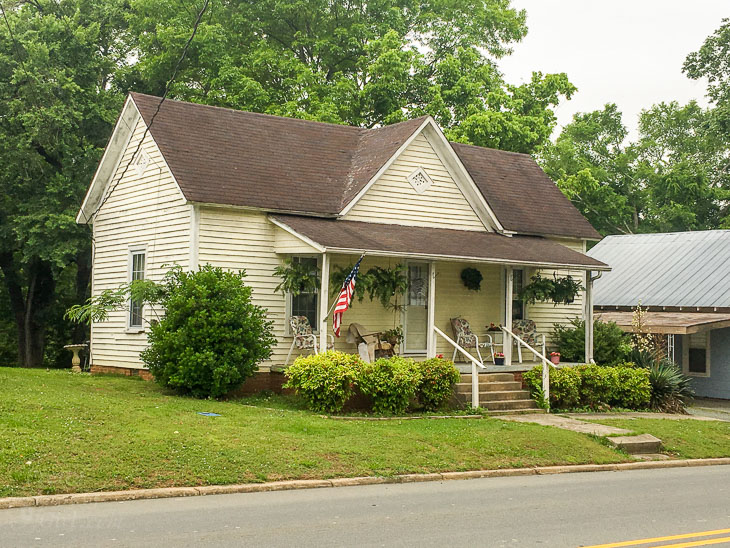 I walked up and down the busy street snapping pictures of the houses as cars whizzed by. I paid close attention to the attic vents. The attic ventilation structures were adorable with small decorative cutouts instead of the louvers I had seen on Etta. 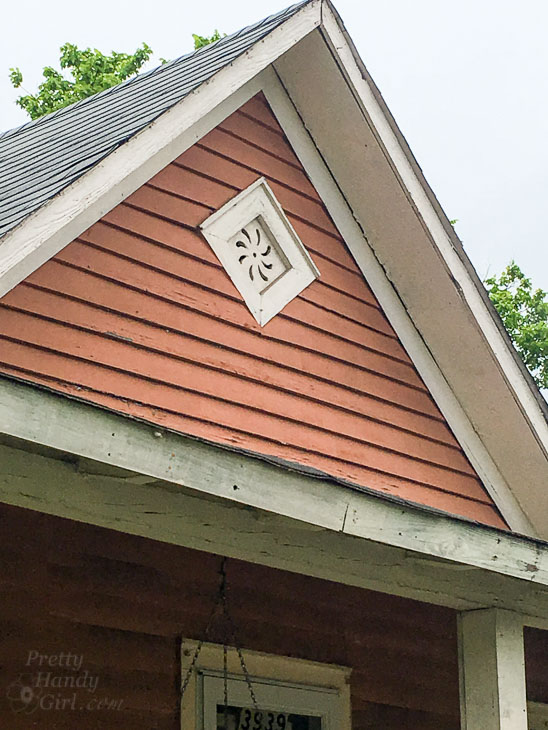 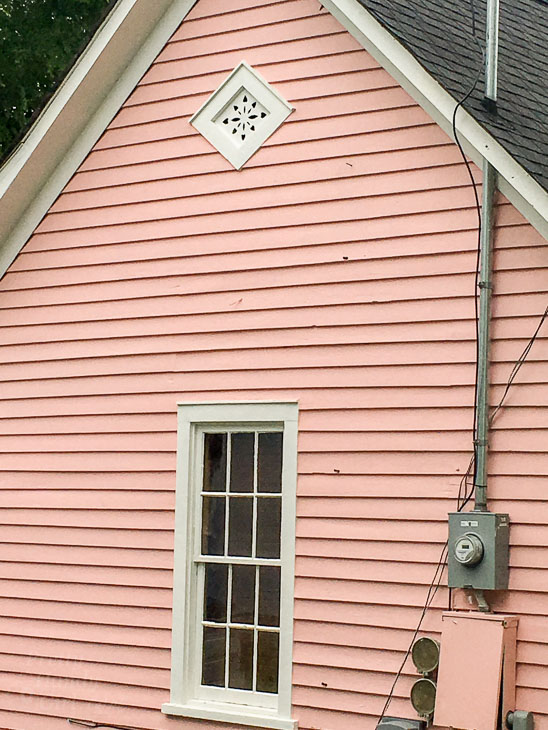 I paid particular attention to the porch rails and posts noting that they were very simple with the exception of one house that looked like the porch posts had been replaced with turned decorative ones. 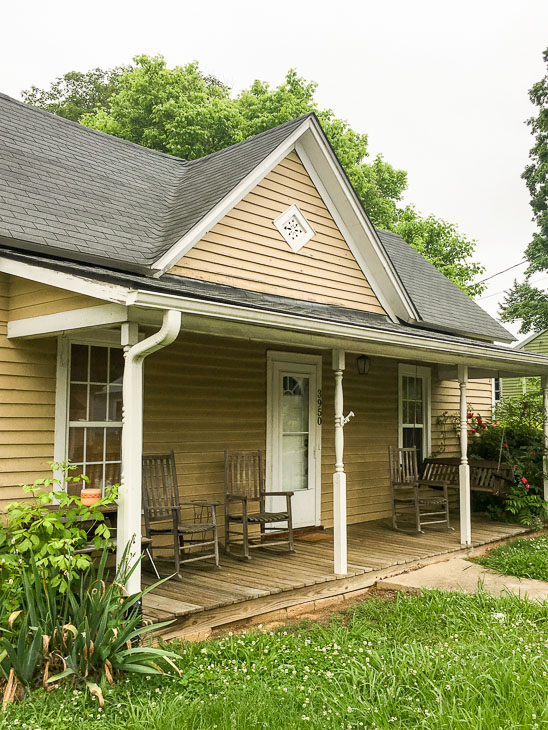 As I walked back toward the car, I noticed that each house had a small back room with a porch. Ahhh, the cooking porch that I had heard about! 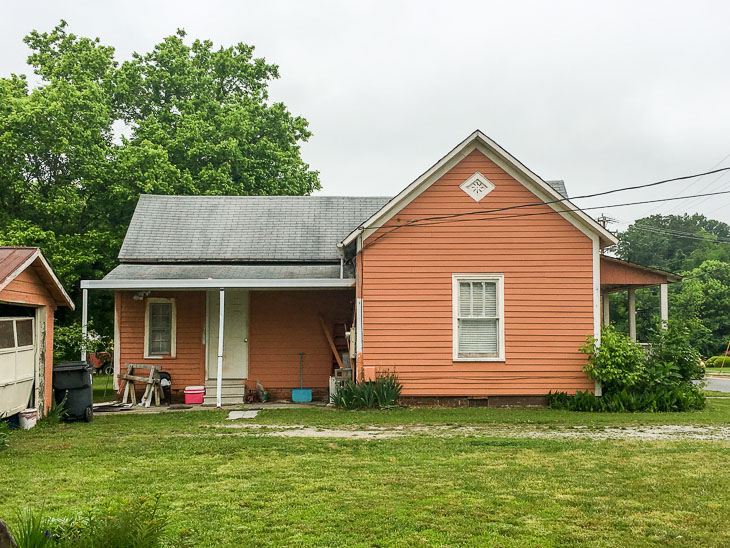 Mike had parked beneath a historical marker that declared the location as the Alamance Mill Village Historic District. Quickly I jotted down the information, so I could look it up later. I couldn’t believe the serendipity that lead us to drive down this rural route right through a village with several Triple-A homes. Suddenly my mood turned from this trip being a waste to it being a great source of information.

Later, while doing research, I found an old map that showed Etta’s original lot lines and perimeter that was the same as the Alamance Mill Village houses. 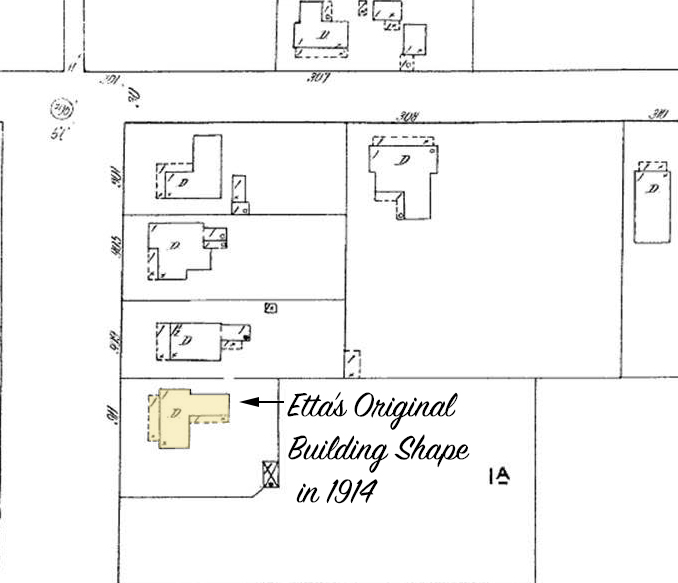 I spent several more hours researching as much as I could about Etta, her history, and her architectural style. By bedtime my brain and hands were tired of being on the computer. I was aching to do something tactile. Tomorrow I’d spend more time in the workshop sanding and staining the wine storage cabinet I had been building for the pantry. I needed to finish my pantry project before tackling an entire house.

On Monday morning I stepped into the front entrance of Northern Tool to hopefully buy some work boots and work pants. Spotting a nearby employee, I asked where the women’s clothes were. He shook his head and took a step back as if I might slug him. “We don’t carry any women’s clothes. I’m sorry, a woman was just in last week demanding we start carrying apparel for women.” he responded sheepishly.

“I agree, but I understand it’s not your decision.” I replied.

Finding the clothing aisle, I grabbed a few pairs of mens pants and headed to the bathroom since there wasn’t a changing room in sight. Oh to be a guy who knows their waist and pant leg size by heart. All women know it’s impossible to pick a specific size off the rack and expect them to fit. But beyond fit, it’s imperative that pants flatter both the butt and hips. Sadly work pants do neither for my body. I found a pair that was durable, fit well, and had a hammer loop. Then I was off to find a decking removal pry bar tool. After searching up and down every aisle, I located an employee and asked if they carried the tool. He looked right through me and didn’t answer my question. I had to ask him again because I wasn’t sure if he had a disability or never saw a woman shopping for a pry bar before.

Finally he answered curtly, “No, this is all we have.”

By that point I felt so out of place, I quickly paid for the pants and a few pairs of gloves for Mike and the boys.

That afternoon I contacted a few more truck sellers and settled on one that had good mileage, a good price, and as a bonus: a bed cover to keep tools and materials dry. When Mike got home from work I asked if he’d look at the truck with me.

“Sure.” he replied, “What’s more romantic on a 21st anniversary, than going used truck shopping.”

I smiled and replied, “Well, we can go out afterwards if you like.” We quickly lined up a sitter and drove out to test drive the truck. After a quick drive around town in the 1999 White Ford Ranger, we agreed it was in good shape and I made an offer. The seller and I agreed on a good price and suddenly I was the owner of a pick up truck. 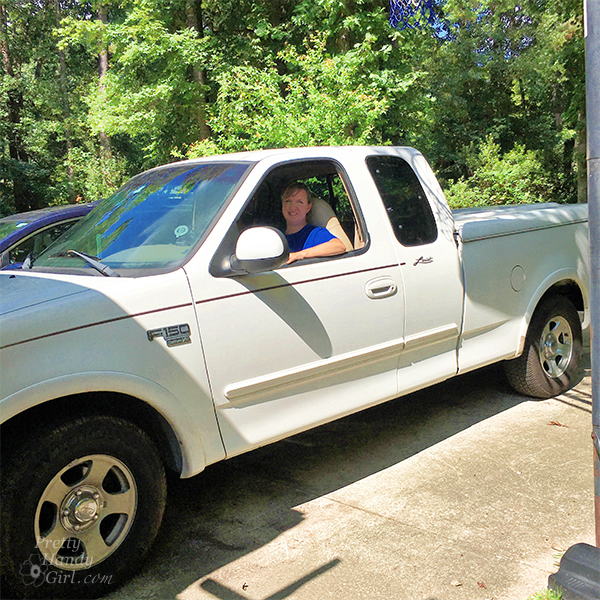 While I waited in line at the DMV to pick up new tags for the truck, I scrolled through my email. The EMSL Laboratory email stood out from the rest. I clicked on the email and downloaded the attached lab results as I thought to myself, “Please be negative, please be negative.”

How to Get Your Car Ready for Winter
Scroll to top