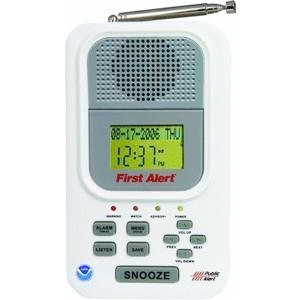 I am stepping up on my soapbox today. So, be prepared to listen!

Yesterday was a scary day here in Raleigh. We were hit by a large storm that had intense winds, hail and TORNADOES! North Carolina is not prone to tornadoes, but yesterday was a day that proved that twisters can hit anywhere and at anytime. The graph below shows the path of all the tornadoes yesterday. 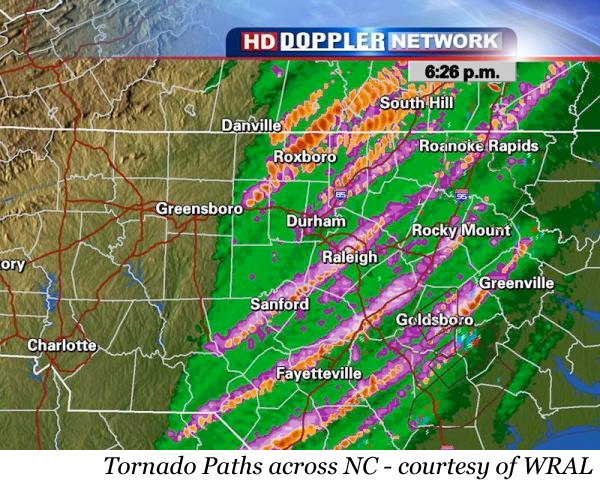 Sadly, there were several fatalities and lots of damage. 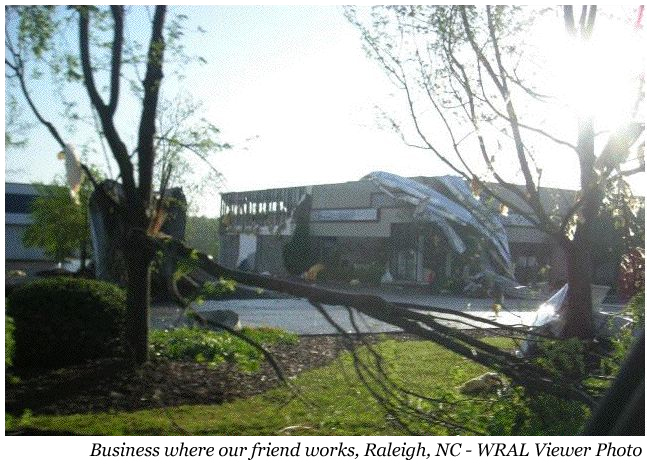 I do have one very valuable contraption to thank for an advanced warning. This is it:

It is a Public Alert Radio with weather and emergency alerts! And it cost under $40. Whenever there is a severe storm or hazard in our immediate area, an alarm will sound. Then it is followed by a message from the National Weather Service. Pretty Handsome Guy programmed our weather radio to only go off for severe watches and warnings and only for our county. This really helps eliminate any false alarms for other counties.

Had I not had our Public Alert Radio, I would not have known how much danger we were in. But because the alarm went off, well ahead of time, I had time to call my in-laws to alert them and gather some pillows, Buddy, and most importantly my cell phone (complete with twitter app, camera, and accuweather app.) Then we crawled into the closet and waited out the storm. (I think Buddy liked laying in my lap for 20 minutes.) 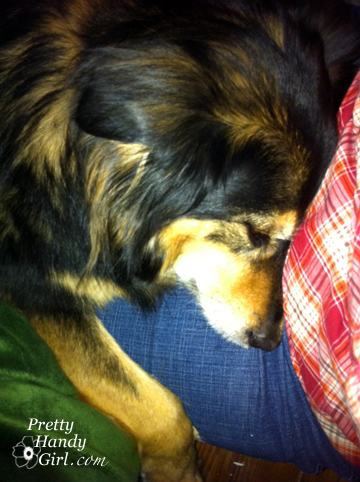 My youngest was at my in-laws and they had fun sipping “pinkalicious” smoothies while hiding in their bathroom. Pretty Handsome Guy and my oldest son were away at camp and they weathered the storm in “hurricane-rated” cabins near the coast.

Thankfully we made it through the storm without any damage or injuries. I am saddened for those that were not as lucky.

After the experience I want to urge you to purchase a good Weather Alert Radio. Don’t buy one that can’t be programmed to eliminate other counties and certain warnings that might not pertain to you (i.e. flash floods.) We have several friends who turned their alert radios off because “it is too annoying when it goes off all the time.” 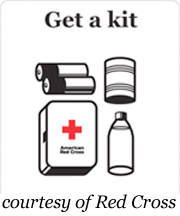 Another way to be prepared in case of severe weather or an emergency is to have a Disaster Preparedness Kit. Several years ago, I took a disaster preparedness class from the Red Cross. It was just an afternoon, but I came away with loads of information about how and what you need to be prepared for any disaster. Most of the information from the class can be found on the Red Cross Website, HERE.

We now have a kit that I keep in the same closet we were hiding in. As a mother of two young ones, having this kit makes me feel a little better knowing that we are prepared.

I urge you to look into a Public Alert Radio and put together a Preparedness Kit. It might save your life!