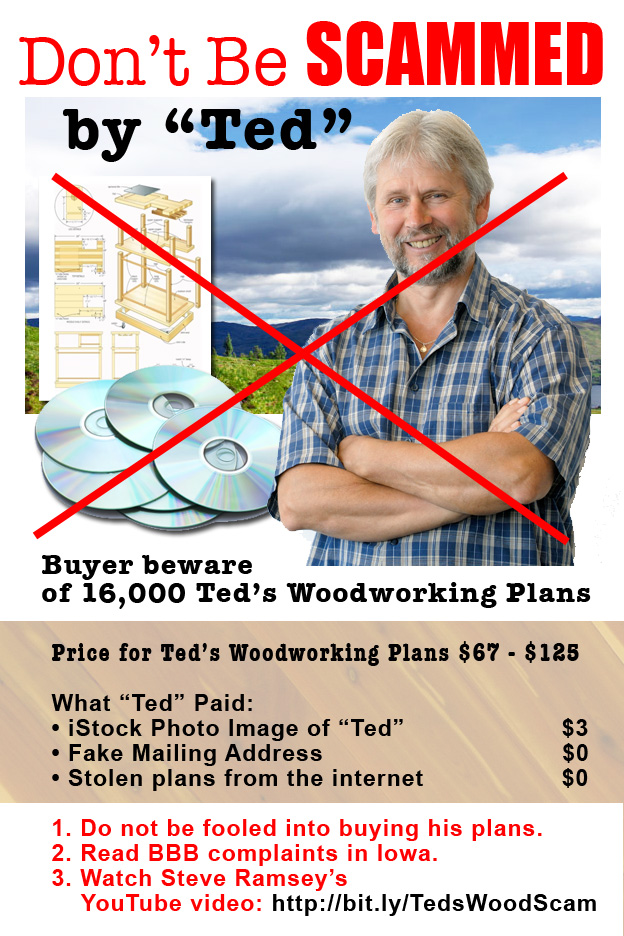 If you read my blog you know my mission is to help people take on a new DIY project. Many of those projects are FREE plans to build things like a shoe storage bench or a farmhouse king size bed with storage. 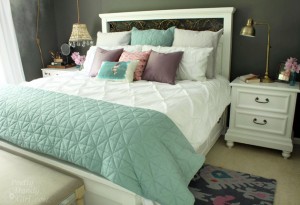 For the last few years I’ve been getting email notices that my plans are being used without my permission. I’ve followed these reports to Ted’s Woodworking Plans* website where they are being sold in a bundle of plans for anywhere from $67 – $125.

After some research I found a tangled web of affiliate sites that link to “Ted” and his plans. These affiliates are raking in the money making 75% commission on his “plans.” Unsuspecting customers pay and receive copies of plans from old woodworking magazines that were illegally scanned. They also get links to free plans on the internet like my own and other DIY bloggers (listed at the bottom of this page) who have worked hard to provide this content to you for free.

You’d think that someone would have prosecuted this sleazy company by now. Unfortunately, it’s complicated because it’s near impossible to find “Ted.” For one, there is no real guy named Ted McGrath. Will the real Ted McGrath step forward? 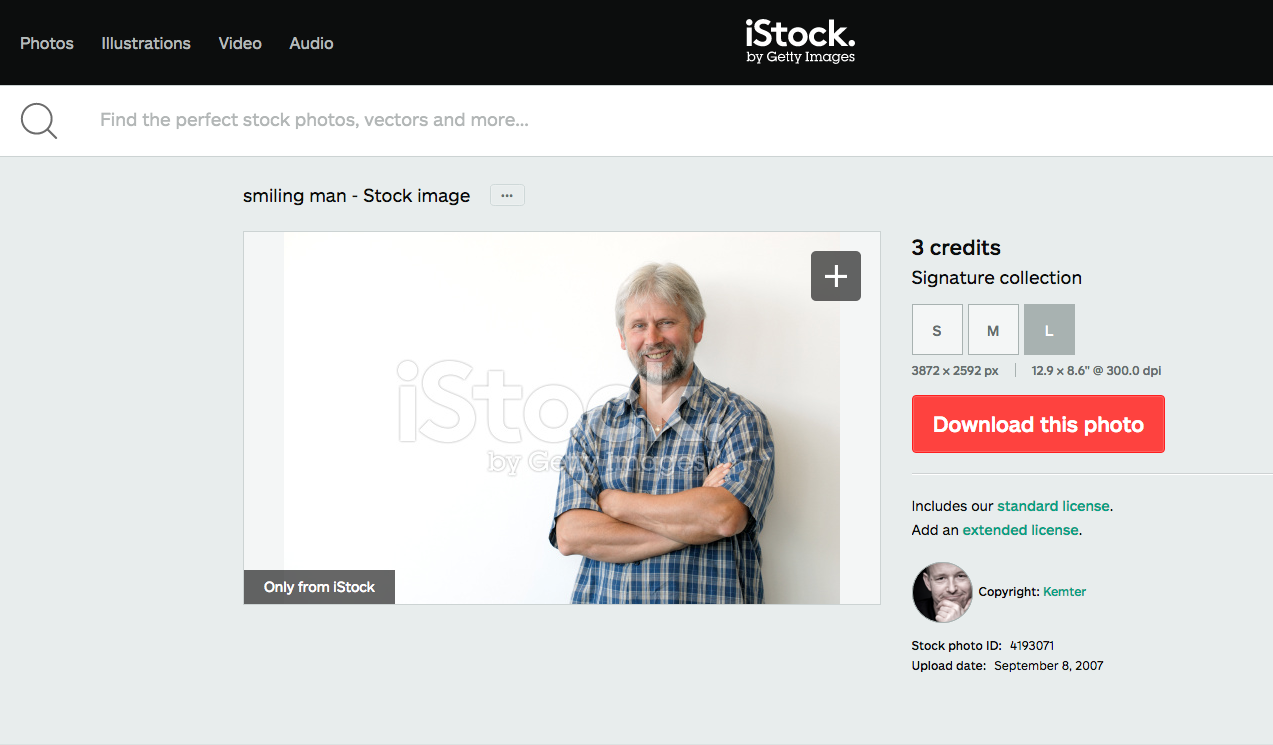 This is “Ted”,  a model in a stock photo for sale on iStockPhoto.com.

What about the address available for Ted’s Woodworking Plans? This YouTube video from Evan Zerby shows you his woodworking empire:

What about all those websites touting the 16,000 plans as being legit and the best resource of woodworking plans? 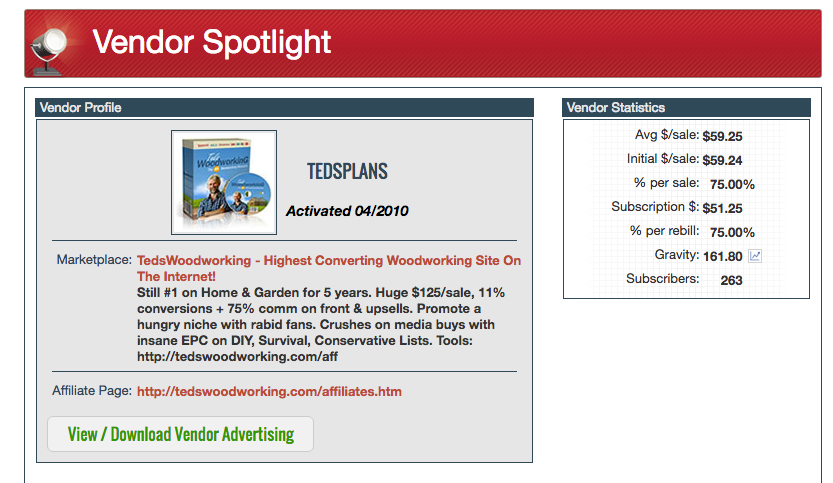 That is a screenshot from ClickBank, an affiliate site that touts Ted’s Plans as being one of their best earners. Of course it is! Affiliates earn 75% of your money. And all they have to do is set up a fake website and throw some fake videos up to get “rabid fans” to click on their link and take your money.

What about that 60 day warranty? Umm, yeah, that’s fake too. You can read these complaints that were never resolved in the Iowa Better Business Bureau site.

Still not convinced? Woodgears has the most comprehensive information on Ted’s Woodworking Plans. And watch Steve Ramsey’s video:

What can you do to prevent unsuspecting DIYers from falling victim to this scam? Share this blog post to as many people as you know. More importantly, share this post on all your social media channels.

UPDATE 9/13/2020: Apparently the scammers behind Ted have gone on to create two new (if not more) identities. A reader send me this information tonight:

Buck Connors of Buck’s Wood Shop (@150FreePlans) is offering 150 plans for free. But, you have to enter your email address first. And then you end up watching one of those insanely long videos where they try to hook you and convince you to buy 16,000 plans and a 440 page book.

She also searched for Buck Connors and found him linked to Eddy the Handyman. (Which strangely has Buck’s picture in the masthead.) So, either Buck & Eddy are twins, or once again Ted has created more fake personalities and bought some stock photos. So, beware! Don’t buy thousands of plans from Ted, Buck, Eddy, or really anyone who is offering something that’s too good to be true.

These are all websites and places where you can get your woodworking plans for FREE!

Fix This Build That

*I refuse to link to Ted’s Woodworking Plans because I will not give any credibility or my Google SEO juice to his shady company.

Scroll to top
We use cookies to ensure that we give you the best experience on our website. If you continue to use this site we will assume that you are happy with it.Ok